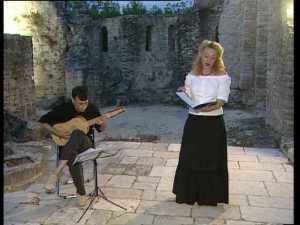 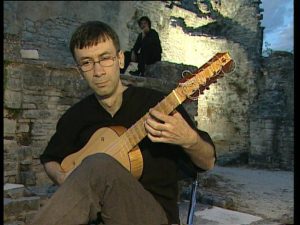 Igor Paro has graduated in classic guitar at Zagreb Music Academy in the class of Darko Petrinjak in 1986, after which he devoted himself to the early music by performing on Renaissance and Baroque lutes, and in 1988, he went to the extensive early music studies in Basel, Switzerland. He graduated in Renaissance and Baroque lute at the esteemed Schola Cantorum Basiliensis in the class of Eugen M. Dombois and Hopkinson Smith in 1993 as the first lutenist from Croatia.

Igor Paro is a skilled multiinstrumentalist, whose huge repertoire includes the music for the whole variety of
different historical plucked instruments, from the Renaissance and Baroque until Classic and Romantics of the 19th Century: 6- till 10-course Renaissance lutes, Spanish vihuela de mano, theorbo, baroque guitar, cittern and baroque mandolin, as well as 6- and 8-strings romantic guitars. He is also one of the very few lutenists in Croatia with the knowledge and experience of the basso continuo playing.

As a soloist and a member of various groups for early music, he performed in Croatia at Early Music Evenings at St. Donat in Zadar, at Osor Musical Evenings, within the International Slavist School in Dubrovnik, at the Evenings of Antun Dobronić in Jelsa, at Zagreb Amadeo Scene, at Očić Salon concert and live radio broadcasting, at Meštrović Atelier in Zagreb, at international guitar festivals The Sea & Guitars Festival in Vrsar, Tirando in Poreč, in concert cycles at Poreč’s Euphrasian Basilica, at BAROMUS Festival in Rovinj, at Dvigrad International Festival of Early Music and at Varaždin Baroque Evenings, by participating in numerous modern premiers of Croatian and European Renaissance and Early Baroque musical heritage.
Together with Igor Pomykalo he is the organizer and manager of the first International Summer Academy for Early Music in Stari Grad on the island of Hvar in 1997.

As a support of historically conscious approach to music performance, he has continuously cultivated an inexhaustible repertoire of music accompanied by lute, vihuela or guitar, from 15th until 21st Century.

In 2010, Igor Paro published his own transcriptions of the first ever-printed guitar music, 6 guitar compositions of Alonso Mudarra from 1546.

The Croatian soprano, Ivana Lazar, graduated in opera singing at the Zagreb Music Academy with the professor Mira Zidarić-Orešković and obtained her Master degree with Professor Lidija Horvat Dunjko. She participated in master-classes with Dunja Vejzović, Konrad Richter and Olivera Miljaković, with whom she continuously works on her vocal techniques and interpretations.

She has been a member of Zagreb Opera since 2010 with numerous roles in the classic opera repertoire.

Zoran Kelava is an actor born in Split in 1970. While studying, he dealt with the motion and dance, participated in 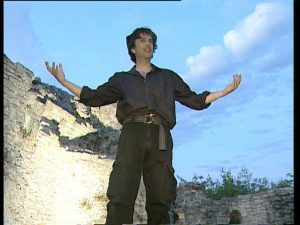