FROM BACH WITH LOVE

Concerto for violin and strings in A minor, BWV 1041
Without tempo indication
Andante
Allegro assai

Bach Collegium Japan was founded in 1990 by Masaaki Suzuki, its inspirational Music Director, with the aim of introducing Japanese audiences to period instrument performances of great works from the baroque period. Comprised of both baroque orchestra and chorus,their activities include an annual concert series of Bach’s cantatas and a number of instrumental programmes. Since 1995 they have acquired a formidable international reputation through their acclaimed recordings of the major choral works and Church Cantatas of Johann Sebastian Bach for the BIS label.To date, they have already released 49 CDs of J. S. Bach’s Church Cantatas and their recent recording of Bach Motets was honoured with a German Record Critics’ Award (Preis der Deutschen Schallplattenkritik), Diapason d’Or de l’Année 2010 and also in 2011 with a BBC Music Magazine Award. Bach Collegium Japan and Masaaki Suzuki have shared their interpretations across the international music scene with appearances in venues as far afield as Berlin, Hong Kong, London, Los Angeles, Melbourne, New York and Seoul and at major festivals such as the BBC Proms, Bremen Musikfest and the Edinburgh International Festival.
Celebrating their 20th anniversary with a series of special concerts in Tokyo, last season also featured performances at the Hong Kong Arts Festival, a tour of North America during which they performed Bach’s B-minor Mass at Carnegie Hall and European festival appearances including the Musikfest Bremen where the ensemble are regular visitors. This season they undertake another major European tour which includes return visits to capital cities such as Amsterdam, Brussels, Madrid and Paris and culminates with a performance of the St Matthew Passion in Leipzig. 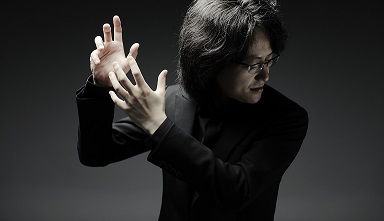 As a regular player and soloist of Bach Collegium Japan under the direction of Masaaki Suzuki, Masato Suzuki participates in concerts, tours and recordings of the whole cantatas by J.S. Bach (BIS) since 2002. He also reconstructed lost movements of Cantata BWV 37 or BWV 190, which were also recorded in the series. Masato Suzuki is the principal organist of Ensemble Vox Luminis since 2009, who won the Grammphone Award of the year 2012 with its recording of Heinrich Schütz  Musicalische Exequien (Ricercar). Since 2013, he is the principal conductor of Yokohama Sinfonietta. Masato Suzuki is performing regularly in such festivals as Musikfest Bremen, Edinburgh Festival, Utrecht Oude Muziek, MA Festival Bruges etc, also as chamber music player in such ensemble as Sette Voci, Ensemble Vin Santo or Maro World. He has no barrier in his repertoire which extends to playing on historical Kabuki-Theatre (Twelfth Night, Yukio Ninagawa project, 2006), performing The Art of Fugue (BWV 1080) in a Live House (2009), conducting Gluck’s Orfeo and Euridice translated into historical Japanese by Ogai Mori (2012) or collaboration with Saburo Teshigawara and Rihoko Sato (2013). In August 2013, he gave a recital in MA Festival in Bruges, which was acclaimed as “enough to call the festival succesful”.

As a composer, he started his career with a unique recital of his own pieces mixed with J.S. Bach’s Goldberg Variations(BWV 988) performed by him. His Apokalypsis II was premièred by Sette Voci conducted by Peter Kooy. His De Profundis Clamavi for choir a cappella is annually performed by Bach Collegium Japan as a memorial to the terrible Tohoku earthquake and tsunami on March 11, 2011, at Chofu (2012) and at The Saint Thomas Church in New York (2013).
He is the organist at Tokyo Oncho Church and Japanese Reformed Church in The Netherlands. He also gives regular master classes for organists..