Swedish mezzo-soprano Maria Forsström is at home in music from the Venetian baroque to the Berlin cabaret, but has made her name interpreting repertoire from the Viennese masters Mozart and Mahler. Maria enjoys a close relationship with the conductor Teodor Currentzis. She made her professional operatic debut with the conductor’s MusicAeterna ensemble, taking the role of Dorabella in Così fan tutte. She also participated in Currentzis’s acclaimed recording of Le nozze di Figaro on Sony Classical, singing Marcellina, and has appeared as a soloist with the Mahler Chamber Orchestra under the conductor.

Maria’s smooth, creamy tone has made her much sought after in Mahler’s orchestral song repertoire and similar works by Brahms, Berg, Britten, Wagner and Zemlinsky. She is equipped with a notable coloratura technique and her operatic repertoire includes the title role in Carmen, Isabella in Rossini’s The Italian Girl in Algiers and Maffio Orsini in Donizetti’s Lucrezia Borgia. Other repertoire roles include Birgitta in Die tote Stadt, the sorceress in Dido & Aeneas, the title role in Giulio Cesare, Amneris in Aida and Erda and Flosshilde in Das Rheingold. Her lieder and oratorio repertoire incorporates works by Sibelius, Stravinsky, Szymanowski, Stenhammar, Elgar, Haydn, Dvorak, Duruflé, Vivaldi, Mendelssohn, Rachmaninoff and many more.

Maria has worked at the Malmö Opera and with the Helsingborg Symphony Orchestra. She has also appeared with the State Opera and Ballet of Perm, Russia, with the Nagoya Philharmonic Orchestra in Japan and the Dala Sinfonietta in Sweden. She has made an acclaimed recording of Mahler songs for the Musica Rediviva label.

Dohyo Sol studied the lute at the Royal College of Music in Stockholm, Koninklijk Conservatorium in The Hague and at the Royal Danish Academy of Music in Copenhagen. Dohyo´s repertoire ranges from the early Renaissance to contemporary improvisation. His lutes bring him all over Europe, and his working fields vary from opera houses and baroque orchestras, to smaller ensembles and solo playing. He plays regularly with ensembles such as Höör Barock Ensemble (SE), Orkiestra Historyczna {oh!} (PL), Camerata Öresund (DK), Concerto Copenhagen (DK). Dohyo Sol has also conducted opera; Orfeo by Claudio Monteverdi and Rappresentatione di Anima et di Corpo by Emilio Cavalieri, as well as participated in opera productions at Malmö Opera, The Royal Theater in Copenhagen, Vadstena Academy, Ulriksdal Palace Theater Confidencen, Folkoperan in Stockholm and the Gothenburg Opera. As a soloist, Dohyo has a special penchant for lute music from The Golden Age of the English Renaissance and for the German “Galant” baroque style. Dohyo has made more than a dozen CD recordings as chamber musician, soloist and as a part of the basso continue in various Baroque orchestras.

Since 2012, Dohyo has been co-artistic leader of Höör Barock Festival, which nowadays counts as one the most importants Early Music festivals in Sweden.

Peter Lönnerberg received much of his training and inspiration for harpsichord and basso continuo with Lars Ulrik Mortensen in Copenhagen. He is a regular member of the “ReBaroque” Ensemble, “Stockholm Barock” trio, and “Tre Kronor” Baroque Ensemble. He is in demand with various other Swedish ensembles, and has appeared with several groups in radio and TV. CD recordings include “Telemannia”with ReBaroque (Proprius) and early Italian music for violin and harpsichord together with Laura Vadjon, leader of the Croatian Baroque Ensemble (Aquarius). Peter also has an interest in teaching and has given a number of master classes, as well as being a guest teacher at the Music Academy in Belgrade for several years. 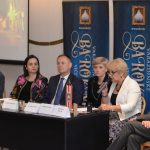 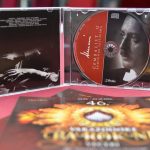 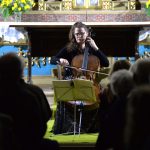 More
Our site uses cookies to provide better user experience and functionality, analyze our use of our web sites to provide custom content and ads, and provide third party content with which we have relationships. By clicking "I agree" you agree to use the cookie. All about using and controlling cookies can be found on this link.